We are honoured to have been invited to design and produce the Howgate Shopping Centre’s World War One commemorative exhibition – marking the heroism and sacrifice of individuals from Falkirk who marched off to war in 1914 and did not return.

The centre-piece of the exhibition is a large interpretative display explaining the scale, human cost and duration of the conflict and its impact on a Scottish town, its district, families and friends. Supporting displays draw upon biographies of Laurieston man Peter Fleming, and eight Falkirk men who joined the millions who contributed during the cataclysm of the 1914-18 conflict. The exhibition also features a profile of Harry Taylor who played at outside left with Falkirk F.C. and who was one of the first of the Falkirk F.C. players to enlist. Harry served with 1st/7th Gordon Highlanders and went to the front in September 1915. He was killed in action in May 1917. 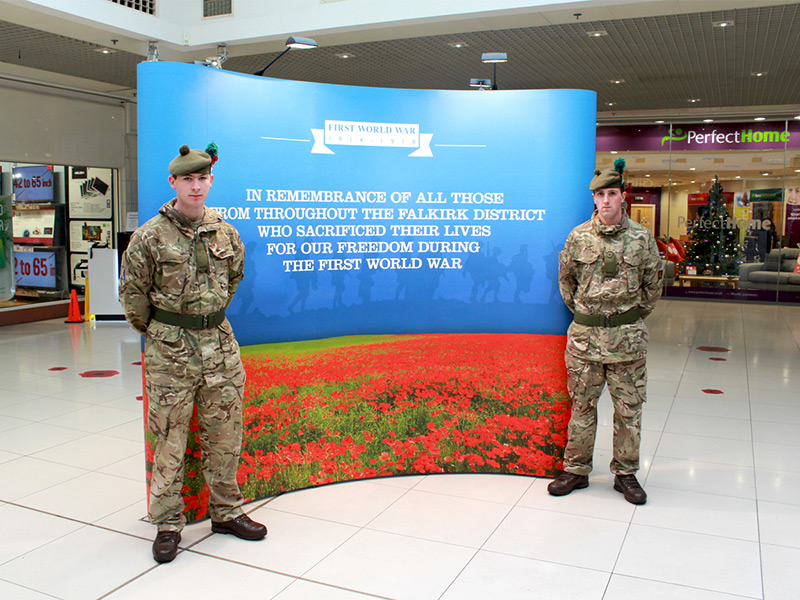 The exhibition additionally features posters and memorabilia from the period donated by Falkirk Councillor Billy Buchanan with supporting material assembled and curated by Ian Scott of the Falkirk Local History Society. At floor level, poppies mark the location of the exhibition which has been timed to coincide with Armistice Day on 11th November. 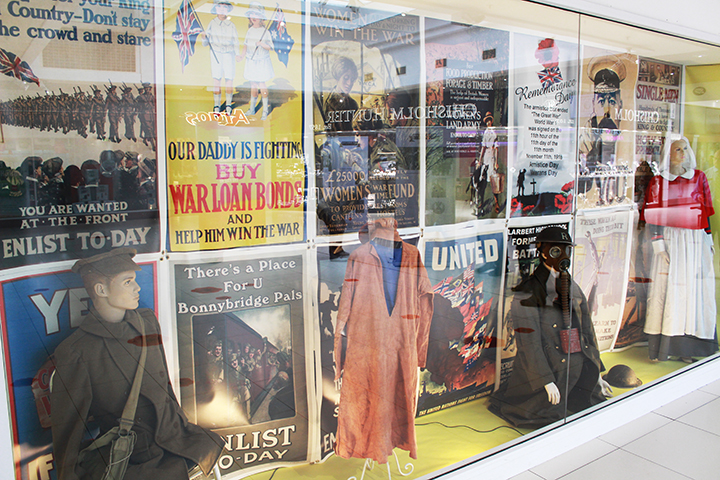 The Great War may be a hundred years in the past, but it lives large in the memories of families all over the UK, throughout Europe and beyond. The sheer size of the the casualty lists in the war can still shock. But what really brings it home is to read the stories of individuals , to hear about their families and jobs and to look at the photographs. The Great War wasn’t fought by armies; it was fought by people who lived in our streets and spoke with our voices.

These are moving and deeply personal stories. We are pleased to have contributed by designing and donating the display materials in the exhibition and in so doing to help mark the sacrifices that these and other people made during this very significant period in our history. 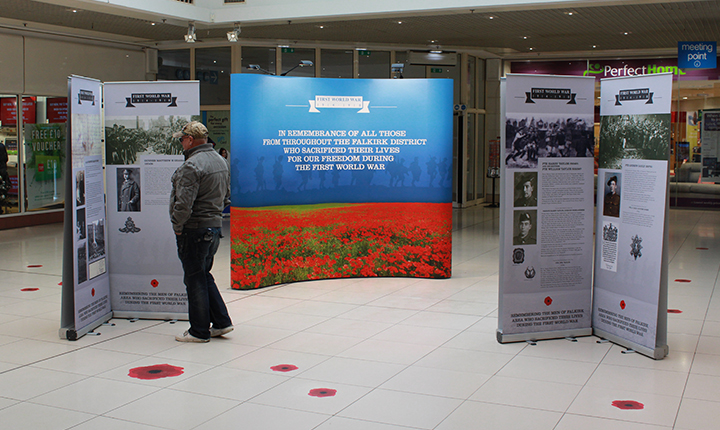 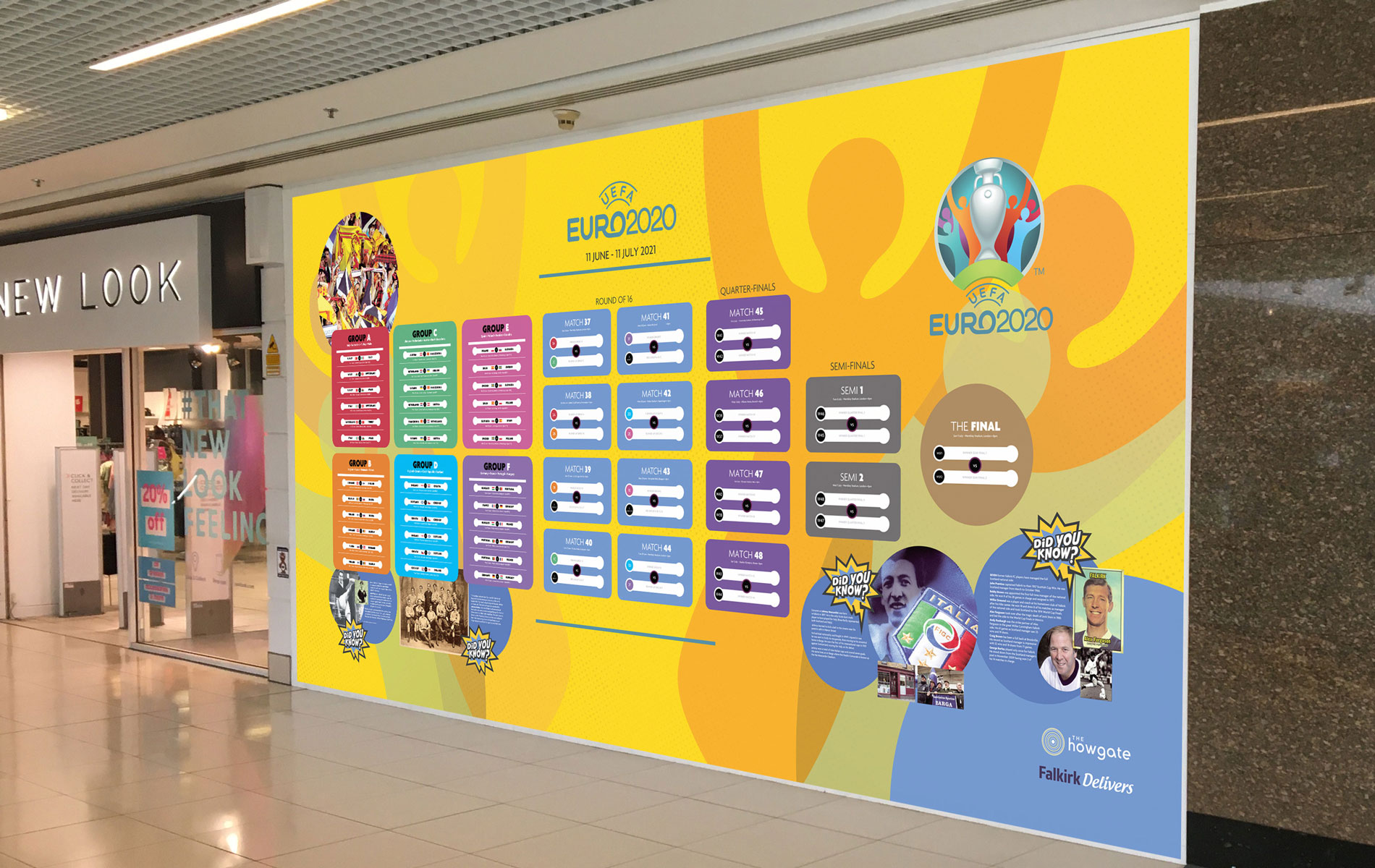 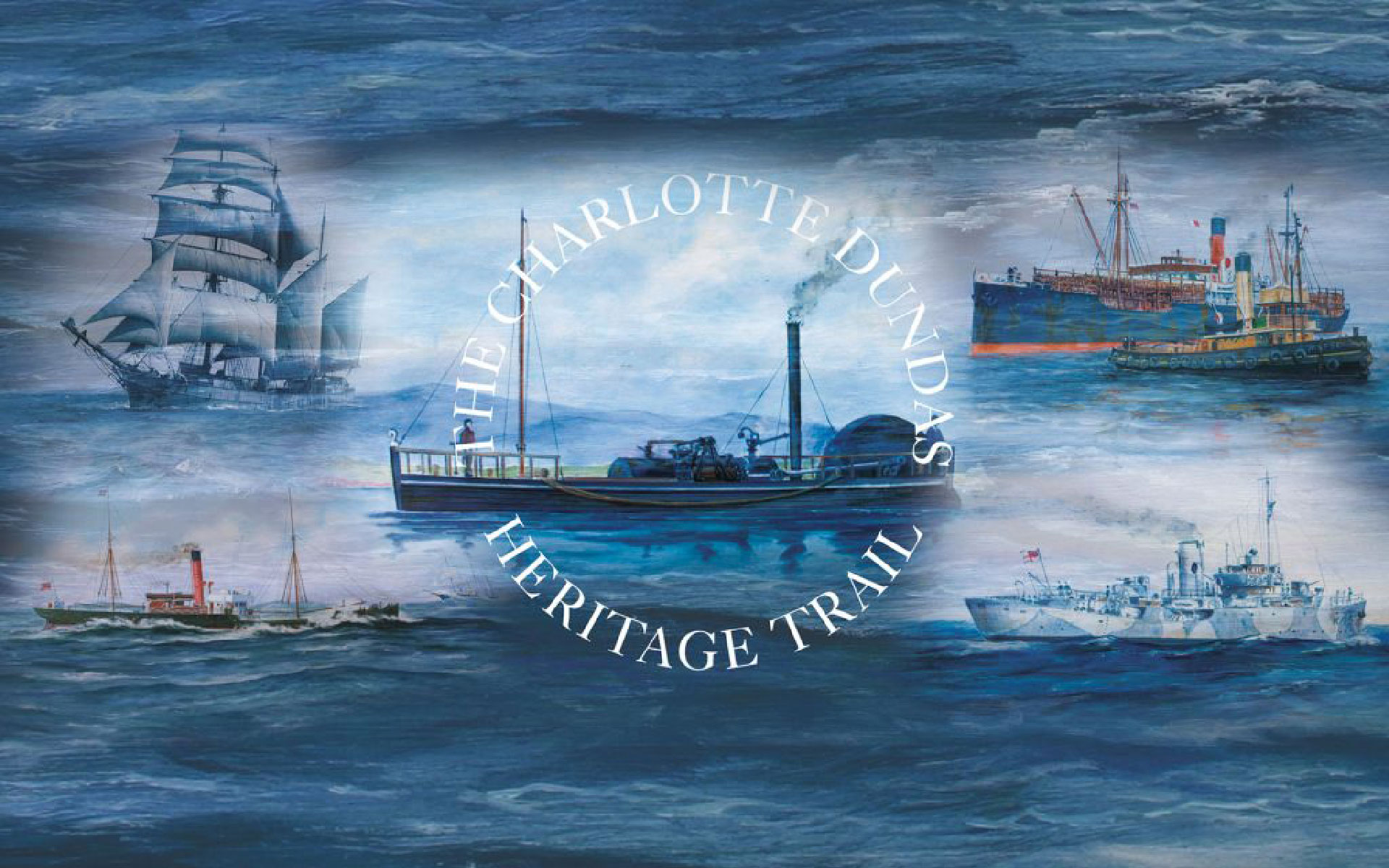 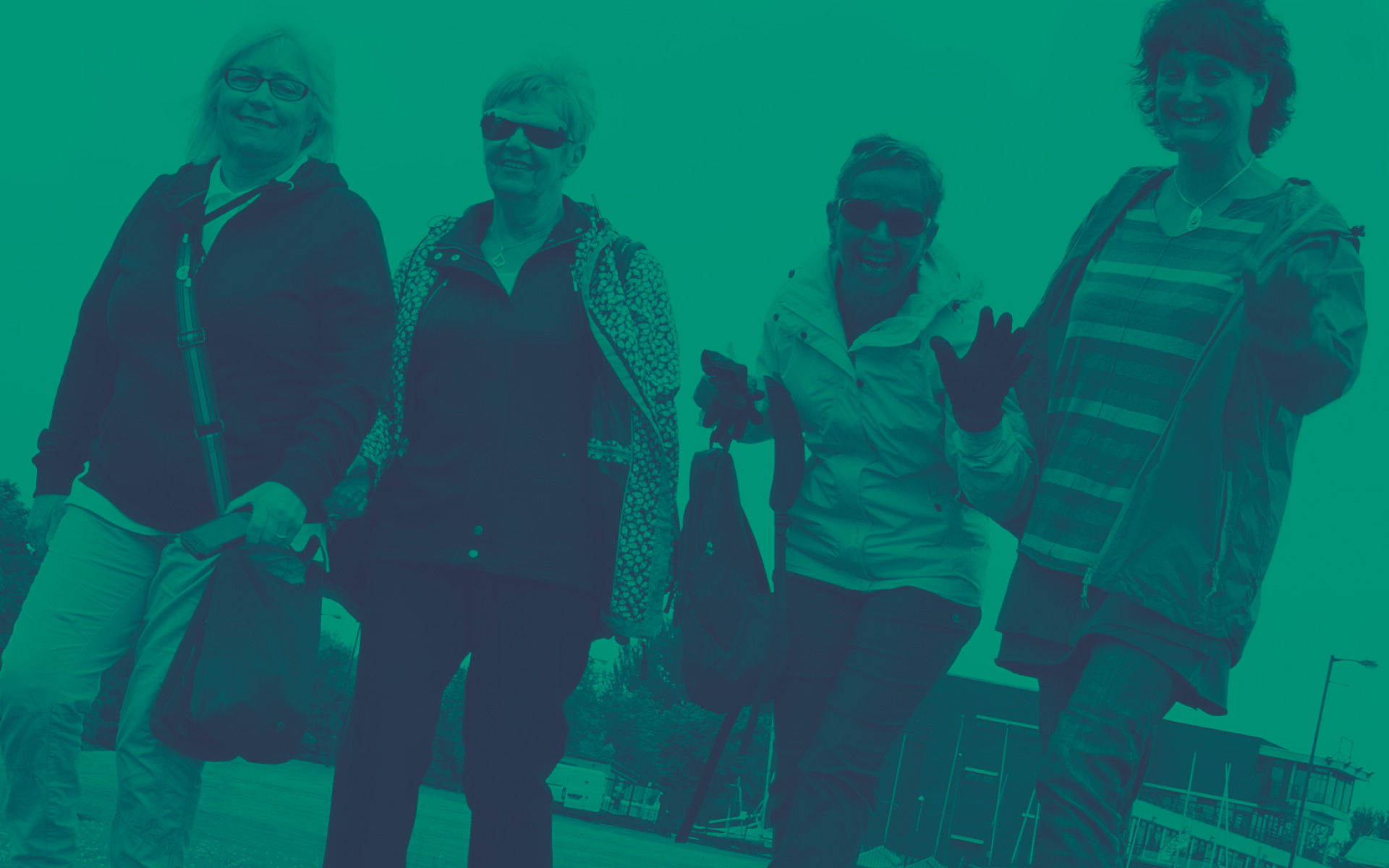